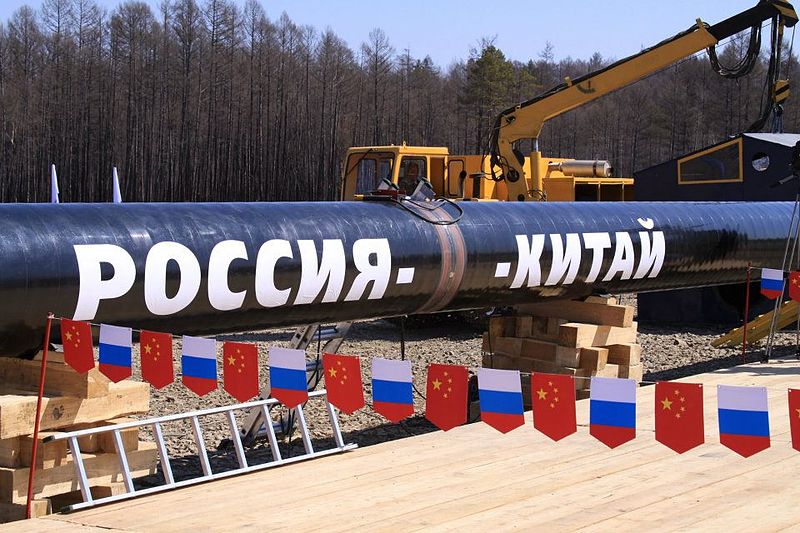 As of April, Russian oil shipments to China hit a record high, again beating out Saudi Arabia as the largest exporter to China.

This is the second time this year that Russia has topped Saudi Arabia in oil exports to China.

The result of the surge in Russian exports likely involves a middleman trader who bought the product when oil prices were lower and is now up selling it.

“The record high import volumes from Russia were likely fueled by independent refiners, who are storing oil that they had earlier purchased at lower flat prices,” a trader with a Chinese company told Reuters.

Now that oil prices have recovered to over $50 per barrel (the first time in 6 months) China may not be as keen to buy as much from its resource-rich neighbor.

Russia is counting on China to become its biggest energy customer as demand from Europe weakens along with diplomatic relations.

The trend plays well into Russia’s narrative of ‘pivoting’ towards China after being shut out of Western markets due to sanctions.

Russia is happy to play second fiddle to China in challenging the economic and political hegemony of the West. Beijing is now the go-to source for major financing projects, such as the Yamal LNG project, or the pending energy partnerships with Gazprom and Rosneft.

In exchange, Russia is giving China what it wants – assets in Russian oil fields and projects. Most recently, Rosneft, Russia’s top crude producer, has been in talks to sell nearly 50 percent stake in the company’s second-largest oil field, located in eastern Siberia, to China.