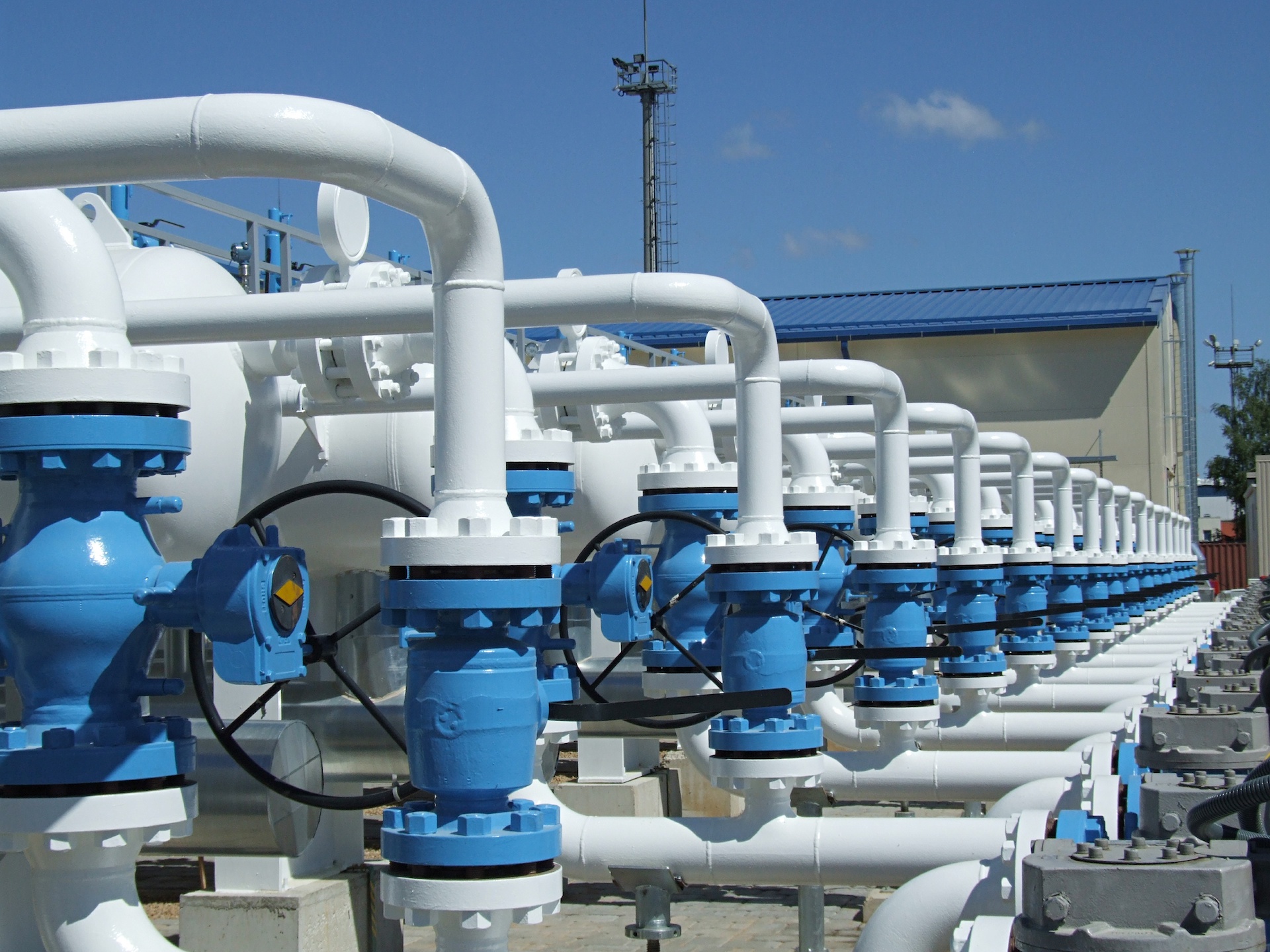 Russian gas exports into Europe remain roughly on par with last year’s readings when the second wave of covid was battering the continent’s demand, currently hovering around a 3000 GWh/day rate. Following the suspension of the Nord Stream 2 approval process, doubts are mounting that the pipeline would be commissioned this winter as it also needs the approval of the European Commission, OilPrice said.

Moreover, ever since Gazprom started to replenish European gas inventories, it has done so at a meager 5 million cubic meters per day rate, keeping current Gazprom gas stocks at a third of their usual level. Against this background, Europe’s main benchmark, the Dutch TTF, saw its day-ahead prices edge up to 85 per MWh ($95/MWh), equivalent to $25 per mmBtu, i.e. lower than Asia’s spot LNG assessments, OilPrice reports.

The European wholesale market for natural gas has become part of a wider global market for the fuel, and a key driver within it, participants in a panel discussion said at the S&P Global Platts European gas and LNG conference Nov. 23. During a discussion on the current state of play within Europe’s turbulent markets, the panel’s consensus was that high prices and volatility were the result of a myriad of factors, and were global in nature. “Europe has become a proper gas market, driven by fundamentals and connected to the rest of the world,” Franco Magnani, Head of Equity Valorization for Gas and LNG at Eni, said. “So what happens in Europe is largely driven by what happens in Asia, and what happens in the US.”

Glenn Kviljo, head of gas trading at Equinor said significant LNG demand “took the market by surprise, especially considering the heating cycle in Asia.” “What we have seen in the recovery was that demand has a much quicker recovery than output,” Kviljo said. “With the drawing down of stocks, and increased volatility in the power market, we get what we see now: a hand-to-mouth market.”

Fellow panelist Annie Krist, CEO of Gasterra agreed: “We are in a global market, and perhaps even Europe is the balancing part of this global market.” “It is a tightness due to physical constraints, a consequence of limited renewable power, and of economic rebound,” Krist said. “But if we look at these developments in isolation, we fail to see the interrelated nature of the current state of play.”

Completing the panel and the consensus was Uniper’s vice-president of market analytics Gregor Pett, who concurred with the other participants regarding the interconnectivity of global markets, and attributed the market environment not to one single cause, but to a “complex combination of factors.”

“We have been taking gas storage as a given, and [taking it for granted] that LNG will do the trick with only pipelines, or pipelines will do the trick with only LNG,” Pett said. “The lesson is we need them all, and we need a combination of all of them, with proper portfolio management to balance them out.” The panel went on to describe their interpretation of how the wholesale market now operates in Europe, and elaborated on their opening statements to conference delegates.

“At the end of 2018, start of 2019, the market was well supplied, both on the LNG side and the pipeline side,” Magnani said. “You could see Europe increasingly becoming a sink for LNG coming from everywhere.” “We saw prices on a descending trend, and also JKM increasingly tight to European indices, rather than oil, and so that was already a demonstration that market forces were at play.”

Magnani said the 2020 demand shock due to the coronavirus pandemic led to drastic measures, such as the cancelation of US LNG export cargoes, and how a demand recovery in 2021 created tension in a market unaccustomed to undersupply, adding that prices therefore followed expected dynamics. “Europe is increasingly a market where fundamentals are at play, and the market is connected with pricing dynamics in the rest of the world,” Magnani said. “This is not dramatic per se, but this has a big implication that it is an increasingly volatile market, which forces all the players to react very fast, and put in place measures, and to be able to modify their choices according to how the market is going.”

“This is what is playing out this year, and what likely will be playing out in the next few years, and I guess that is the stage in which we will all have to operate.” Equinor’s Kviljo said a change was taking place, “especially on the power side with more intermittent capacity from renewables gradually coming into the European system.” “Gas-to-power seems to be the marginal demand, and as more volatility has been produced in the power market, that also transfers over to the gas market, and I think we are seeing this play out to some extent this year.”

The panel discussed the question of how long the current market environment was likely to last. “Everything comes down to how severe the winter will be,” Krist said. “Not only here, but also in the Northern part of Asia. We could be in the same situation next winter, as there is no commercial incentive for filling the storages over summer. The forward curve does not [indicate incentive] for the next year as well.” Pett said tight management of the situation was required. “What I don’t see is that we will come back to coal-switching levels… we are far above those, and I see coal generation running throughout the winter.”

Equinor’s Kviljo went one step further, saying gas needed to remain priced above the coal-switching range to essentially keep as much gas as possible out of the power sector, simply because there is not enough to balance in a normal winter scenario.” “We see very strong support above the gas-to-oil switching range,” he said. “Oil-switching is only really there for this winter. The price level we are seeing with TTF up in the Eur80-90/MWh range. As soon as you move into the next winter, prices are moving more into the similar range versus coal power, and oil-linked prices.”

Kviljo also warned of price spikes in the event of a cold winter, with storage levels in both Europe and Asia low. “We are seeing the global drivers in supply and demand play out, and the range of outcomes becomes extreme when global stocks are at this low level,” he said. “We are starting to draw down those stock in November.. and we are well below the five-year range. When the situation is like that, you will have the risk premium in the market, and this hand-to-mouth volatility.” Eni’s Magnani said forward curves were pointing to very high prices in winter, “so it seems to me that the market believes there is not going to be that much gas around, and yes, we are observing a lot a volatility.”

The conversation turned to what measures could be taken to temper market volatility. In terms of investment to secure additional supply, Gasterra’s Krist said: “If you do not show security of demand in this investment-heavy global industry, it is very difficult to expect security of supply.” “Security of demand is not exactly what the western part of Europe has shown towards the gas suppliers,” she said. “You would have to pay the global market price [for] some security of demand in order to trigger the necessary investments,” Platts reports. https://www.hellenicshippingnews.com/european-natural-gas-markets-now-connected-globally-panel/

China Gas Holdings Ltd. has entered into a joint venture with commodity trader Vitol in Singapore that will supply not less than 800,000 mt/year of LNG to China Gas from 2023, with volumes increasing to 5 million mt/year in five years, the Chinese city gas distributor said in a statement Nov. 26. The move underscores the wide range of partnerships being undertaken by Chinese second-tier gas companies to import LNG following the gradual liberalization of China’s natural gas market and LNG imports.

The partnership will give international LNG trader Vitol access to some of the fastest growing sectors in China’s gas market, and help China Gas develop its own trading capabilities in the long-term. Such partnerships were common in the oil market when independent oil refiners first came to the global marketplace for crude. Hong Kong-listed China Gas Holdings said it signed the strategic cooperation agreement with Vitol on Nov. 25 and both the party will hold 50% shareholding each in the joint venture.

The LNG supplied by the joint venture will be expanded to not less than 1 million mt/year starting from 2024, and target more than 5 million mt/year by the fifth year, the announcement said. The JV will integrate the resources of the two parties and and develop new customers for imported LNG in China, China Gas said, but noted that the company’s existing imported LNG business would not be included in the JV. The JV will tap into international LNG supply through long-term, short-term or annual LNG sale and purchase agreements with price linkages to recognized indices for supplying to China, according to China Gas. The JV can also jointly develop LNG receiving terminals in China with China Gas based on market conditions. “The purpose will be to jointly develop our gas business, through new LNG terminals, distribution and downstream consumption capacity,” said a source with China Gas. On Nov. 24, China Gas said it had signed a framework agreement with government-owned city gas distributor Beijing Gas Group to leverage combined natural gas resources, LNG storage and transportation assets, and downstream market access in gas related projects outside Beijing, S&P Global reports.

Australia’s $12 billion LNG megaproject given green light.Australia’s BHP Group and Woodside Petroleum both approved the development of the Scarborough offshore gas field, a project expected to double the capacity of the 4.9 mtpa Pluto LNG facility once it is commissioned in 2026, Oilprice said. Tokyo Gas to spend Y2 trln on clean energy to double profit by 2030 Japanese city gas distributor Tokyo Gas Co Ltd said on Friday it will spend 2 trillion yen ($17.5 billion) on cleaner fuels, such as hydrogen, and renewable power with the aim of doubling its profit to 200 billion yen by 2030, Reuters said.