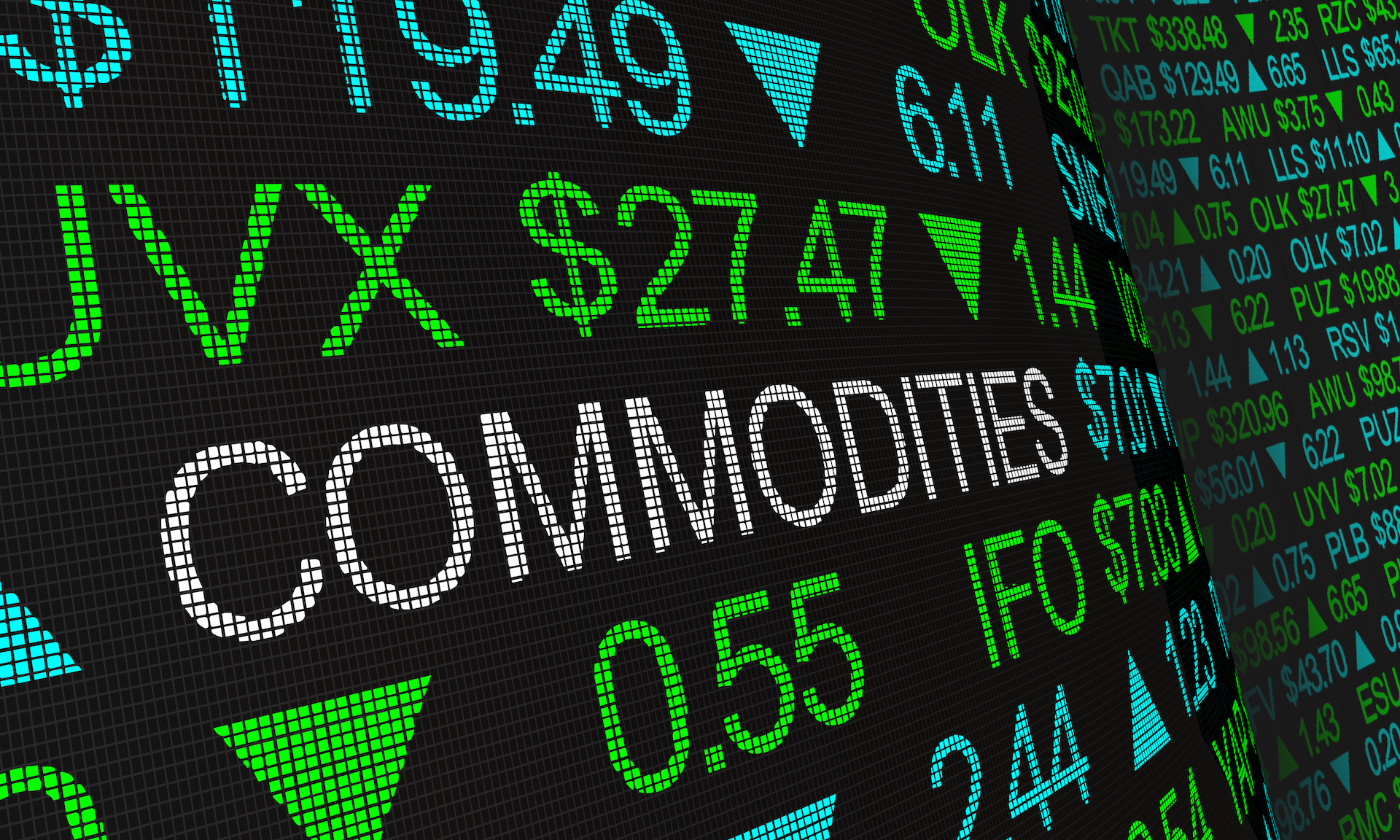 The Bloomberg Commodity index traded close to flat on the week but still not far from levels last seen more than ten years ago. The engine keeping the index elevated has increasingly been shifting to energy and industrial metals with precious metals suffering another setback while the steam has gone out of the agriculture sector, especially after the start of the northern hemisphere harvest season has left forecasters increasingly confident about the outcome.

Gas remains on fire and,just like in the recent weeks, the biggest gains were seen across this sector, as well as affiliated markets such as coal, power and emissions. The prospect for very tight market conditions into the northern hemisphere winter due to reduced production and increased demand has seen gas prices in Europe and Asia surge higher, and this week the US Henry Hub futures contract broke above $5/MMBtu for the first time since early 2014.

US gas prices are being supported by supply disruptions in the Gulf of Mexico following Hurricane Ida. The storm has temporarily removed around 1.7 billion cubic feet per day or 2% of daily US production, thereby hurting the efforts to build stock levels ahead of peak winter demand. A good gauge showing the unease about low winter supplies can be seen in the spread between futures contracts of March-22, representing the tail end of the US winter and the following month of April-22. The spread, also called the widowmaker given its often extreme volatility, has surged to $0.88/MMBtu, meaning utilities and investors are prepared to pay a 23% premium for March delivery compared with the following month.

Over in Europe the Dutch TTF gas, the European benchmark, surged to a fresh record at €57.75/MWh or $20/MMBtu, or an oil equivalent price of almost $114/b. Tight global supplies caused by strong economic growth, hot weather, and in Europe reduced supplies from Russia, have all given the sector a major boost. The result being very high electricity bills, surging coal prices as a substitute, and with that also the rising cost of carbon emissions offsets.

With low stock levels of gas both in Europe and Russia, the prospect for a winter gas crunch remains a real threat with consumers and industry footing the bill. Some companies may even be forced to cut back production in order to curb demand.

On the macro-economic stage, the dollar traded close to unchanged while the US Treasury market continued to see bond yields on their best behavior, drifting lower following a set of successful auctions. In Europe, the ECB meeting was no catalyst for volatility, as the announcement of a modest taper and adjustments to the projections for growth and inflation were well within the consensus. In the stock market, weekly losses were trimmed following earlier losses driven by stimulus tapering and growth concerns, the latter in response to risks that a continued spread of the coronavirus would undermine the economic recovery and further boost supply-shock inflation.

The grain market has, following a very erratic US growing season, been losing some of the support that earlier in the season saw prices of all three major crops hit multi-year highs. Adverse weather concerns across the world during that time helped drive increased fears about tight market conditions going into the northern hemisphere winter.

However, ahead of Friday’s monthly World Agriculture Supply and Demand Estimates report, both corn and soybeans were heading for a second week of losses to trade near the lowest levels in months. This was in anticipation of the US Department of Agriculture raising its production outlook for both crops following a recent improvement in the pre-harvest weather outlook. Also, the market has come under some pressure after Hurricane Ida caused disruptions at a key Gulf Coast export terminal. With the harvest of both crops about to begin soon, the halt could not happen at a worse time as farmers in the Midwest send a major portion of their harvest down the Mississippi River for shipments around the world via the Gulf of Mexico.

Gold: Having recovered fully from the early August slump, gold traded lower after once again running into a brick wall of resistance above $1830, an area that has been tested and rejected six times since July. Most of the price damage was done on Tuesday when rising Treasury yields, ahead of massive auction supply, helped the dollar recover from its disappointing US job report slump.

Despite the prospect for the US Federal Reserve to eventually begin reducing its massive bond purchase program, we still maintain a bullish outlook for gold. This is based on our view that the dollar could weaken as the US hits peak growth and that gold, at current prices, already reflects higher real yields, potentially by as much as 25 basis points. In addition, a renewed rally in commodities, led by energy and industrial metals, is likely to renew the focus on inflation.

For now, the price remains trapped with potential bulls wanting to see a break above $1835 before getting involved, while the case for bears seems limited with real yields currently on their best behavior trading near the lower end of its recent range. Unless 10-year nominal yields break above key resistance at 1.38%, thereby potentially causing a negative reaction, we believe the dollar will be the main short-term focus for gold traders.

Platinum and especially palladium traded lower in response to reduced demand from the automobile industry where production is being negatively impacted by the ongoing shortage of semiconductors. Palladium, which reached a record $3018/oz back in May, has since slumped by almost 30% to reach a 12-month low. Adding to the pressure on palladium has been the early 2021 surge which increasingly has seen automakers switch to using more platinum in gasoline-powered cars. Platinum remains in our view a potential strong recovery candidate, not only due to the mentioned switching but also its relative cheapness to gold which reached an eight-month high at 820 dollars this past week.

Industrial metals had another strong week with aluminum and nickel notching fresh multi-year highs on the outlook for tightening supply and booming demand, not least due to the clean energy transition and China’s crackdown on emissions in energy-intensive industries producing aluminum, nickel and steel. Aluminum received an additional boost due to political unrest in Guinea, a key source of supply of bauxite – a feedstock used to make alumina which is further processed into aluminum.

Dr. Copper, used in everything from wiring and electronics to electrical vehicles, and as such a good indicator of global growth and activity, remains the go-to industrial metal from investors and speculators seeking exposure to the sector. In addition, the ease of access to trading copper around the world, together with its relatively deep pool of liquidity at the three main exchanges in New York, London and Shanghai, often sees the price of copper, not only react to copper fundamentals but also to global macro-economic developments.

The helicopter perspective shows copper, one of the kings of the so-called “green” transformation, still lingering in a downtrend but which at the same time has managed to put in a double bottom around $3.95/lb. While we wait for a higher high to attract fresh momentum, the risk of a deeper correction cannot be ruled out, but in our opinion, copper remains a buy on fresh strength and any potential additional weakness.

Crude Oil has settled into a relatively tight range near the upper end of our preferred mid-60’s to mid-70’s range. A prolonged Gulf outage following Hurricane Ida has removed more than 20 million barrels from the market while refineries have struggled to reopen following power cuts and flooding. These developments were expressed in a price supportive but also very distorted weekly inventory report in which the US Energy Information Administration lowered production by 1.5 million barrels/day and refinery demand by 1.6 million barrels/day.

Adding to the volatile intraweek action was news that China, for the first time, had tapped its giant reserves to “ease the pressure of rising raw material prices”. The release, however, took place back in July so offered nothing new, apart from reiterating that the world’s two biggest consumers both feel uncomfortable with prices much above current levels, and therefore could do it again if needed. Apart from keeping an eye on the general level of risk appetite, oil traders will keep an eye on the Gulf and the prospect for a return to normal production and refinery activity. Also next week, traders will turn their focus to monthly oil market reports from OPEC and the IEA, and whether the two forecasters, just like the EIA in its Short-Term Energy Outlook (STEO), will lower the outlook for global demand in response to the very stubborn continued impact on mobility from Covid-19.