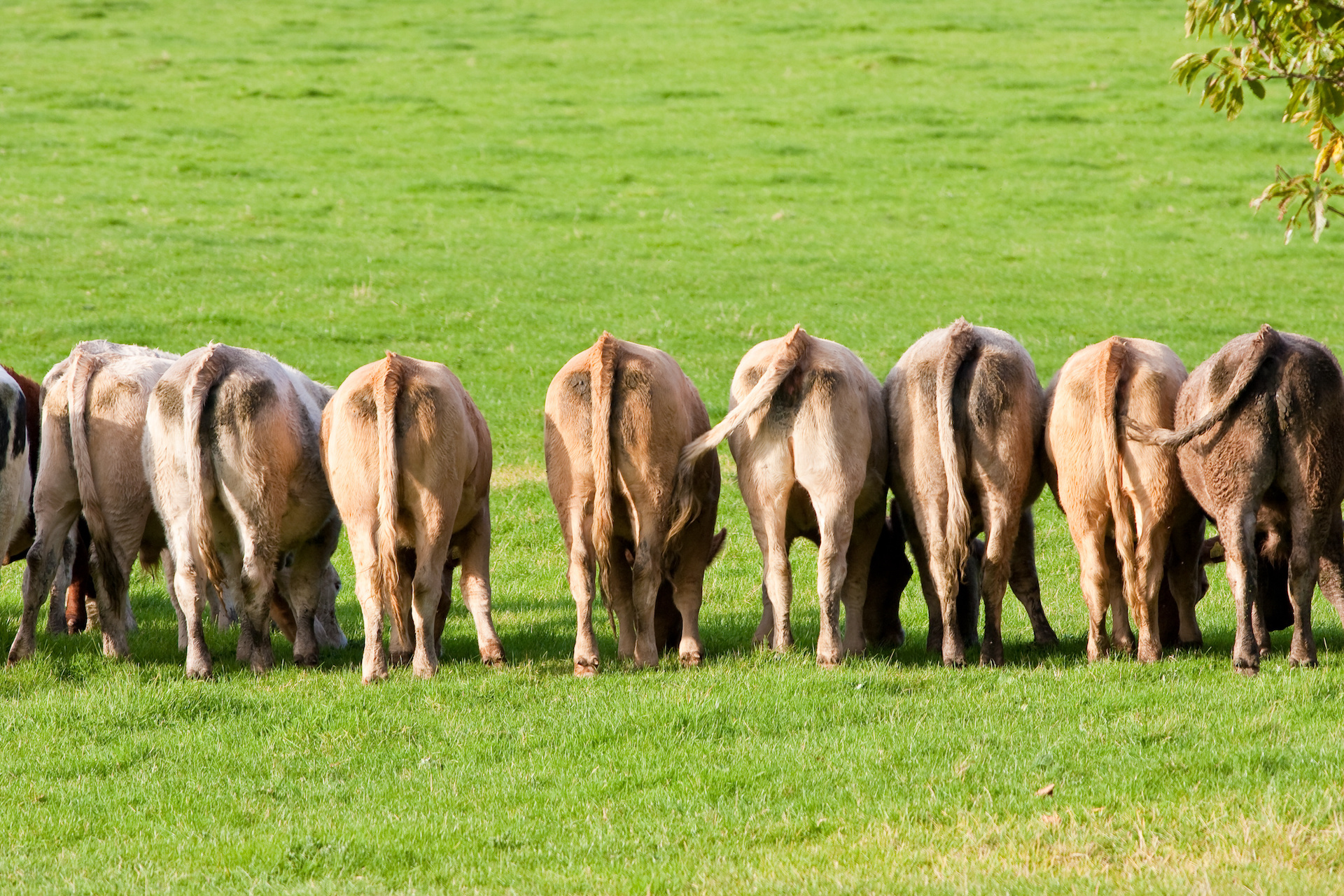 The landmark report by the UN Intergovernmental Panel on Climate Change calls on the global community to make “strong, rapid and sustained reductions” in methane emissions alongside CO2-related initiatives. Having 80 times the warming power of CO2 per unit of mass, methane nevertheless has a much shorter atmospheric lifetime of some 20 years, Oiprice said.

An IPCC special report on the impacts of global warming of 1.5 °C above pre-industrial levels and related global greenhouse gas emission pathways, in the context of strengthening the global response to the threat of climate change, sustainable development, and efforts to eradicate poverty. Human activities are estimated to have caused approximately 1.0°C of global warming above pre-industrial levels, with a likely range of 0.8°C to 1.2°C. Global warming is likely to reach 1.5°C between 2030 and 2052 if it continues to increase at the current rate. Reflecting the long-term warming trend since pre-industrial times, observed global mean surface temperature (GMST) for the decade 2006-2015 was 0.87°C (likely between 0.75°C and 0.99°C) higher than the average over the 1850-1900 period. Estimated anthropogenic global warming matches the level of observed warming to within ±20%. Estimated anthropogenic global warming is currently increasing at 0.2°C per decade due to past and ongoing emissions. Warming greater than the global annual average is being experienced in many land regions and seasons, including two to three times higher in the Arctic. Warming is generally higher over land than over the ocean.

Trends in intensity and frequency of some climate and weather extremes have been detected over time spans during which about 0.5°C of global warming occurred. This assessment is based on several lines of evidence, including attribution studies for changes in extremes since 1950. Warming from anthropogenic emissions from the pre-industrial period to the present will persist for centuries to millennia and will continue to cause further long-term changes in the climate system, such as sea level rise, with associated impacts, but these emissions alone are unlikely to cause global warming of 1.5°C. Anthropogenic emissions (including greenhouse gases, aerosols and their precursors) up to the present are unlikelyto cause further warming of more than 0.5°C over the next two to three decades or on a century time scale.

Climate-related risks for natural and human systems are higher for global warming of 1.5°C than at present, but lower than at 2°C. These risks depend on the magnitude and rate of warming, geographic location, levels of development and vulnerability, and on the choices and implementation of adaptation and mitigation options. Impacts on natural and human systems from global warming have already been observed. Many land and ocean ecosystems and some of the services they provide have already changed due to global warming. Future climate-related risks depend on the rate, peak and duration of warming. In the aggregate, they are larger if global warming exceeds 1.5°C before returning to that level by 2100 than if global warming gradually stabilizes at 1.5°C, especially if the peak temperature is high (e.g., about 2°C). Some impacts may be long-lasting or irreversible, such as the loss of some ecosystems. Adaptation and mitigation are already occurring. Future climate-related risks would be reduced by the upscaling and acceleration of far-reaching, multilevel and cross-sectoral climate mitigation and by both incremental and transformational adaptation, IPCC said.

German government releases support to hard coal regions. Germany’s federal government has released the structural aid to hard coal power plant regions. By signing an administrative agreement with the states concerned, the money can start to flow into projects for sustainable structural change and improve economic infrastructure. It is part of Germany’s coal exit decision to support the regions effected by the closure of coal power stations and mines. The support goes to the structurally weak hard coal mining regions in Lower Saxony, Mecklenburg-Western Pomerania, North Rhine-Westphalia and Saarland as well as the former lignite mining regions of Helmstedt and Altenburger Land. A total of 1.09 billion euros is available for this purpose until 2038. Until 2038, when the last German coal power station is scheduled to close down, coal-dependent states in Germany will receive a total of 14 billion euros for direct investments in the regions, according to the law govering support payments for mining regions. The majority of this money will be spent in regions invested in lignite mining, Clean Energy Wire reported.

US oil major ExxonMobilwas unseated from the Climate Leadership Council, a group promoting a US federal carbon price, following a leaked recording of a company lobbyist stating the firm is watering down climate measures with the White House. ExxonMobil said a decision by a climate group that promotes a carbon tax to suspend the oil major’s membership is “counterproductive” to addressing environmental issues.

The biggest US oil producer was dropped from the Climate Leadership Council (CLC) just weeks after a company lobbyist was secretly saying ExxonMobil’s public support for a carbon tax was little more than a public relations ploy. “CLC’s decision is disappointing and counterproductive,” ExxonMobil said in a statement. “It will in no way deter our efforts to advance carbon pricing that we believe is a critical policy requirement to tackle climate change.” The oil major has faced increasing pressure from investors and climate campaigners over its perceived failure to set out a clear strategy to navigate the energy transition. That culminated in a boardroom coup in May when a relatively unknown hedge fund succeeded in replacing three board members with its own nominees. https://www.argusmedia.com/en/news/2242037-exxonmobil-suspended-from-climate-group

The covert recording in which the lobbyist said ExxonMobil had sought to undermine climate legislation only served to add fuel to the fire. “After careful consideration, we have decided to suspend ExxonMobil’s membership in both the Council and Americans for Carbon Dividends, our advocacy arm,” chief executive Greg Bertelsen said. ExxonMobil had been a founding member of the Climate Leadership Council since 2017. The group promotes a carbon dividends plan centered on a nationwide carbon price to cut US carbon emissions in half by 2035. After the lobbying scandal erupted in June, the company’s chief executive Darren Woods issued an apology and said the lobbyists in question had never been involved in drawing up the company’s policy stances on these issues. Founding members of the Climate Leadership Council range from energy companies including Shell and BP, no non-profits such as the World Wide Fund for Nature and World Resources Institute, Argus noted.

The WSJ reports that an expert group found that the main reason why Rio Tinto’slargest copper project, the Oyu Tolgoi mine in Mongolia, has seen its initial $5.3 billion budget expand by another $1.4 billion, lies in the mismanagement of the asset. Report rejects Rio Tinto’s explanation that problems at Oyu Tolgoi mine were largely because of ground and geotechnical conditions. Rio Tinto raised development costs for the Oyu Tolgoi mine from $5.3 billion in 2016 to $6.75 billion last year. An expert group examining the cause of a $1.4 billion cost overrun at a giant copper mine run by Rio Tinto PLC in Mongolia said in a report that it was caused by mismanagement and not the unfavorable rock conditions blamed by the world’s second-largest miner. The 157-page report, which was reviewed by The Wall Street Journal, was commissioned by the owners of the Oyu Tolgoi mine—Turquoise Hill Resources Ltd. and a Mongolian state-owned company—to examine why construction of an underground pit was delayed and costs rose. https://www.wsj.com/amp/articles/rio-tinto-mismanagement-caused-mongolia-copper-mines-woes-report-says-11628503201

Russia raises metals taxation.Russian government would increase the mineral extraction tax on metals in 2022, the third time since the start of this year that the Kremlin hikes taxes on metals as it seeks to fill its deficit budget. Facing unprecedentedly high domestic power demand, Iran has cut electricity exports to Iraq, despite there being a US waiver allowing it. Iran routinely exports some 2GW to its neighbors, but this August its exports dropped more than tenfold, to 150 MW. Mozambique retakes key LNG port with Rwandan help.The strategically located Mocimboa da Praia port town was retaken by joint Mozambique-Rwandan forces, presumably taking the first step in restarting the halted 13 mtpa Mozambique LNG project operated byTotalEnergies, OilPrice said.