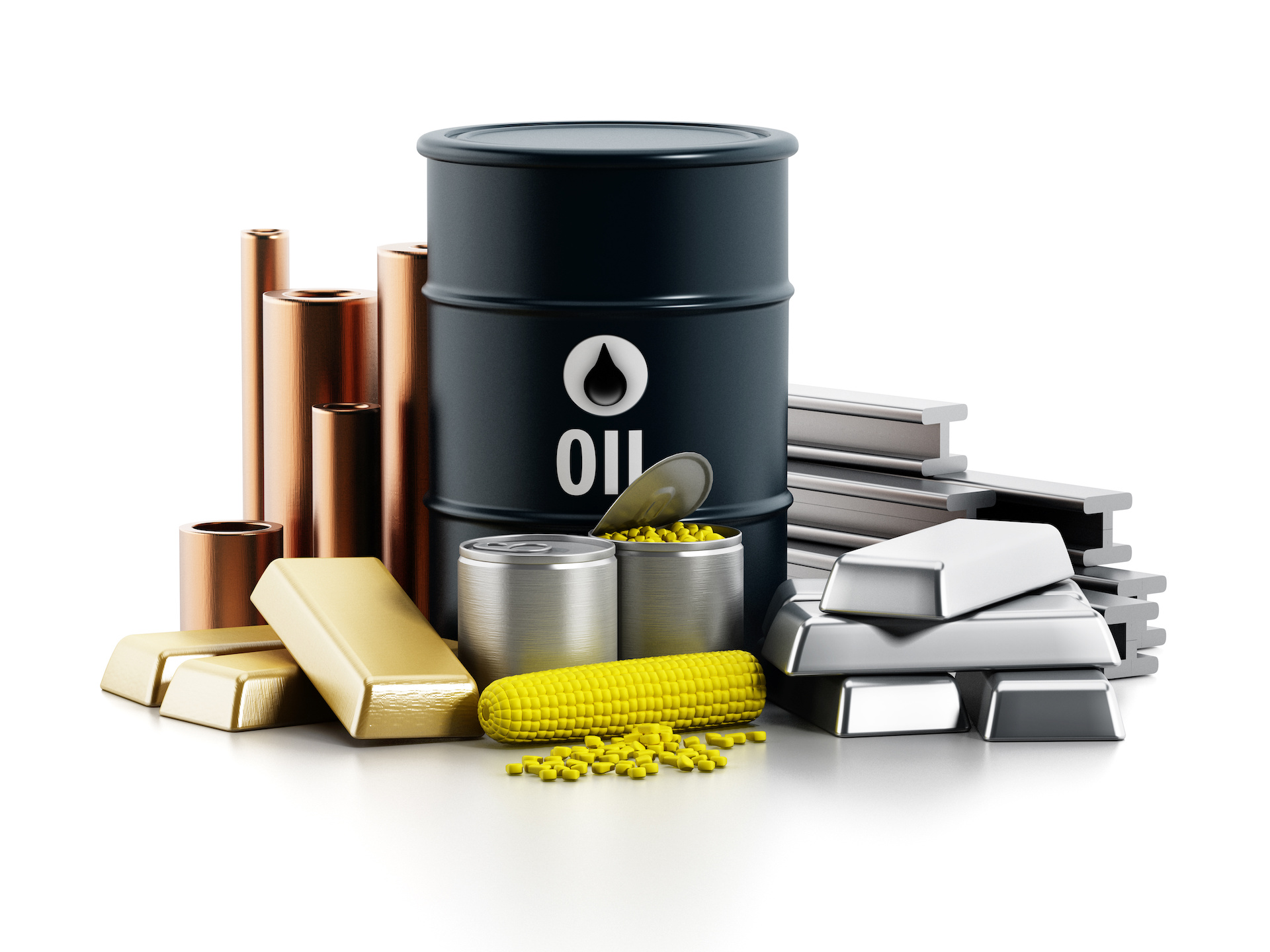 The commodity sector continues to consolidate following the September to early October price surge, and this week the Bloomberg Commodity Index traded lower for a third straight week. Investors have become more risk adverse given the amount of incoming data pointing to pausing growth expectations, most notably in China, where a manufacturing slowdown, mounting debt risks in the country’s property sector and nationwide power shortage all point to lower activity. In addition, a recent government-driven collapse in Chinese coal prices have helped support lower prices across some of the most energy-intensive metals led by aluminum.

Industrial metals suffered the biggest weekly drop for the reasons mentioned above, and since hitting record territory three weeks ago, the London Metals Index has reversed lower by 10%. China’s efforts to curb power prices through intervention in the coal market has so far triggered a 50% slump in coal prices, thereby supporting lower industrial metal prices through lower production costs. Copper has given back most the gains seen during the October spike, and while tightness still remains very visible in data from exchange-monitored warehouses, Chinese demand worries and long liquidation from recently established longs have been weighing on the market.

Precious metals showed signs of life after the market concluded a long-awaited taper announcement from the US Federal Reserve was dovish, in the sense that the FOMC showed little appetite for rate hikes and once again repeating their transitory view on inflation. Adding to the dovish skew was the Bank of England’s decision to keep rates unchanged despite seeing inflationary pressures at a near 25-year high. Gold returned to $1800 following another sharp and short-lived sell-off, but overall the market is sorely lacking the momentum to propel it out of the range that has prevailed for many months now.

US ten-year real yields dropping back below –1% helped off-set the stronger dollar and low stock market volatility. The latter being one of the reasons why ETF holdings have dropped to an 18-month low with real money investors shunning gold given the lack of a need to diversify portfolios. Focus on Friday turned to the monthly U.S. job report which continued to show strength, thereby potentially shifting views on monetary policy once more.

Crude oil is increasingly showing signs of having entered a period of consolidation and, following a two-month rally which up until recently had lifted the price of Brent and WTI crude oil by close to one-third, it could be argued it was overdue. However, we only expect this phase to be temporary with the strong fundamental reasons which supported the surge not gone away. With this in mind, we still see the risk of even higher prices towards yearend and into 2022.

Some of the reasons why oil prices have softened recently are highlighted below. It is worth keeping in mind that several of these could quickly turn around and become price supportive again.

The prospect for OPEC+ continuing to increase monthly production at a rate of 400,000 barrels per day.

Stalled Iran nuclear talks will resume on November 29, and in the yet unlikely event of a breakthrough, Iran would be able to ramp up production.

Stabilizing gas prices, albeit at elevated levels, in anticipation of an imminent increase in flows from Russia reducing the recent gas-to-oil boost to fuel prices.

Renewed worries about another Covid-related demand disruption, not least in China, the world’s biggest importer.

A seasonal expected increase in US crude oil stocks due to reduced demand from refineries as they go through their annual maintenance season.

The US government continuing and potentially accelerating crude oil releases from its strategic reserve. During the past two months, they’ve been averaging 1.1 million barrels per week.

Selling from technical traders and speculators in response to this week’s break below recent support, in WTI most notably the uptrend from August low.

Against these mostly short-term developments, the oil market will still be facing years of potential under investments with oil majors losing their appetite for big projects, partly due to an uncertain long-term outlook for oil demand but increasingly also due to lending restrictions being put on banks and investors due to ESG and the green transformation focus.

Whether the short-term trading range in Brent will be $80 to $85 or potentially some three to four dollars lower, will to a high degree be determined by US action to curb prices, Covid-19 developments and next week by the gas market when we will find out if Russia, as promised, will boost gas supplies to Europe, thereby potential softening prices further.

World food prices hit a fresh 10-year high last month according to the UN FAO which saw their Global Food Price Index rise by 3%. The index, which tracks 95 different price quotes, has risen by more than 30% during the past year with gains seen across all five food sectors. Vegetable oil prices hit a record high last month after rising almost 10%, thereby bringing the annual rise to +74%. Other sectors seeing strong annual gains are sugar (+41%) and cereals such as wheat, corn and rice at 22%. Apart from weather woes and strong demand, the UN FAO also mentioned labour shortages in parts of the world as a driver pushing up the cost of production and transportation of food.

Global wheat prices surged higher at the beginning of the week, with Paris Milling wheat reaching a record high close to €300 per tons while Chicago wheat temporarily broke above $8 per bushel for the first time in nine years. A poor harvest in North America together with a decline in exports from Russia, the world’s largest shipper, has triggered increased demand for European sourced wheat, and with the prospect for another potentially challenging crop year in 2022 caused by a returning La Ninã weather phenomenon and high fertilizer costs, some of the major importers have recently been stepping up their pace of purchase.

These among others include China as well as countries in the Middle East and North Africa. As an example, Saudi Arabia recently booked 1.3 million tons of wheat, almost double the amount expected. Top importer Egypt, which so far has trailed its buying pace from last year by more than 20%, has stepped up its purchase activity after recently declining the prices being offered. A sign that countries not only in North Africa but elsewhere also need more supplies to cool local food prices and secure supplies ahead of winter.

With buyers increasingly competing for supplies, the market will look for some relief from the upcoming in harvests in Argentina and Australia. Farmers will collect their crop from now until January and, so far, the outlook for production in both countries looks promising. After hitting the mentioned record high, an end of week retracement in Paris Milling wheat could potentially signal a short-term top.