What Brexit Means for Oil and Gas 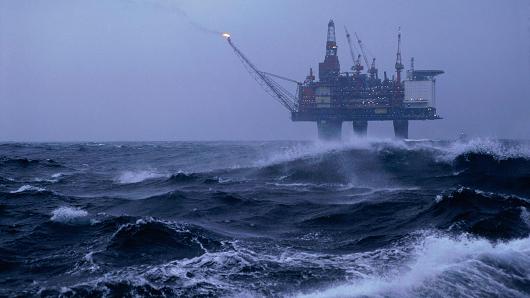 Nearly a week after the UK voted in favor of leaving the European Union, the post-Brexit hangover has begun to sink in: the sterling is at a 30-year low, the country’s credit rating has been bumped down, and the overall financial and political future of a Britain outside of the EU remains uncertain.

Here at Neftianka, we are more concerned about the ramifications for the oil and gas industries, which incidentally, are closely linked to the economic and financial situation in Great Britain. Here are observations on how Brexit will affect oil and gas

Cheaper oil for the rest of the world, more expensive for Britain

Crude oil prices plunged more than 7% in the past week since the referendum. Brent slipped down to $48.41 per barrel and WTI towards $47.00.

Cheaper crude prices usually translate to less expensive petrol a the pump, but UK residents won’t get to cash in.

Brexit sent the British pound into a tailspin, losing more than 10% of its value on June 25, 2016, when final results from the previous day’s referendum came in. The British pound is seen as an unknown risk, so investors are stashing their money in traditional safe investments such as the U.S. dollar or gold.

Since oil is bought and sold in dollars, a stronger greenback (which increased by more than 1.5% in the last week) means that British oil traders and retailers need more pounds to buy one dollar. Analysts believe that petrol prices in the UK will increase to £ £1.25 per liter, a 2p to 3p price increase.

Bad for consumers, but good for producers

While an average Brit suffers from higher petrol prices, oil and gas companies may feel some relief from the Brexit and weakened sterling.

A weaker pound is good for the energy sector. The weaker UK currency will reduce costs since operation costs, such as labor, are paid out in pounds, but oil is sold in US dollars.

Perhaps the weakened sterling will slow down the layoffs of oil industry jobs, which have been aggressively slashed since oil prices began collapsing in mid-2014. By the end of this year, an estimated total of 120,000 jobs will have been lost due to the pricing rut.

The majority of the UK’s offshore oil and gas fields are territorially part of Scotland, which after the pro-Brexit vote, pledged to hold a second independence referendum in order to remain part of the EU.

This would give Scotland 96 percent of annual oil production and 47 percent of natural gas production, according to Bloomberg.

The North Sea represents a large source of oil output at roughly 1 million barrels per day, however, fields are drying up which makes extraction more costly (but a weaker pound could help with this). According to the latest (June 2016), BP Statistical Review of World Energy, the UK currently has 0.2 trillion cubic meters (7.3 trillion cubic feet) of recoverable gas and 2.8 billion barrels of recoverable oil reserves.

Newfound independence wouldn’t be an overnight success for the new Scottish oil industry: the political uncertainty would make investors uneasy about projects in the region.