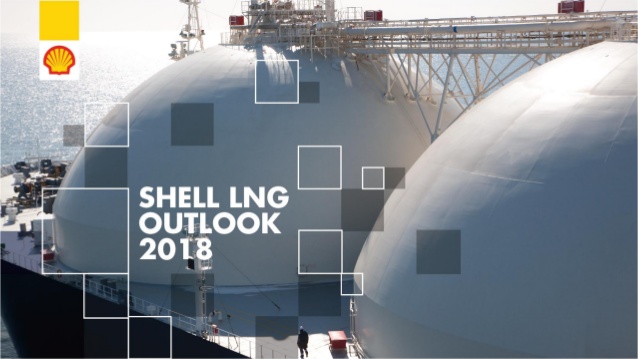 In 2017, LNG consumption increased 29 million tons and to reach 293 tons, surpassing all estimates and expectations. In the last year since Shell published its report, LNG imports grew 11%. According to company estimates, by 2030 the demand for LNG will increase to 500 million tons. Despite the rapid development of the LNG market, investment into new projects isn’t keeping up with demand.

Shell warns that underinvestment in the industry could lead to a shortage of the product by the mid 2020s. This is due to the ‘gap’ in energy investment that began in 2014 when energy prices fell and new capital investment in LNG came to a halt. But in today’s somewhat recovered price market, final investment decisions (FIDs) on new projects are still not going forward.

According to Shell, the so-called ‘gap’ between investment and demand is a function of how the frozen natural gas is negotiated between buyers and sellers. Buyers prefer short-term and more flexible contracts (similar to the oil market), whereas sellers want long-term contracts to supply steady income to begin paying off the massive debt of constructing the LNG terminal.

The energy giant has been ramping up its LNG holdings in recent years, with the most notable acquisition being the $30 billion purchase of BG Group, which brought several natural gas and LNG assets to Shell’s portfolio. It participates in projects along the entire value chain, from exploration and production, to liquefaction and transport, as well as regasification and distribution to customers. Now, the Anglo-Dutch firm is the world’s largest independent producer and trader of LNG, and accounts for more than one-fifth of the world’s LNG market. In 2017, Shell increased is LNG production by 8 percent to 33.24 million tons.

One of Shell’s biggest project to date is Prelude FLNG off the coast of western Australia, a floating liquefied natural gas facility which can liquefy gas from offshore fields on the vessel itself instead of building  onshore facilities. Then, once production runs dry, the unit can move to another field for production. Prelude, which is innovative in both its size and technology, will produce 5.3 million tons per year once it is online. Shell faces several other energy majors in Australia and around the world who are building projects similar in scope. The successive announcement of these LNG projects (especially in Australia where labor is expensive and many of the projects are facing delays) caused fears of the LNG market becoming oversaturated. Prices have been depressed since a brief post-Fukushima spike in 2011.

Shell is also weighing large-scaled projects in the US and Canada, Shell’s head of integrated gas and new energies, Maarten Wetselaar, said.

The shale boom has put downward pressure on natural gas prices, making LNG attractive option for traders – buy at about $2.00-3.00 on the Henry Hub, then freeze and ship off to Japan where it fetches prices between $8.00-9.00. Conversely, in countries such as the US and Russia where natural gas is produced cheaply, there zero demand for more expensive LNG.

Japan remains the world’s largest importer of liquefied natural gas, while China is in a close second, followed by South Korea. China’s demand for LNG has reached 38 million tons as the country’s economy continues to suck up energy. The government’s policy on reducing carbon emissions has made LNG, which is cleaner than burning coal, a favorite. Across Asia, demand for LNG grew by 17 million tons.

The new Shell forecast for the LNG market looks at the future supply-demand ratio. Since the beginning of the twenty-first century, the number of countries importing liquefied natural gas has quadrupled, and producers have doubled, while world trade in LNG has tripled: from 100 million tons in 2000 to almost 300 million tons in 2017.