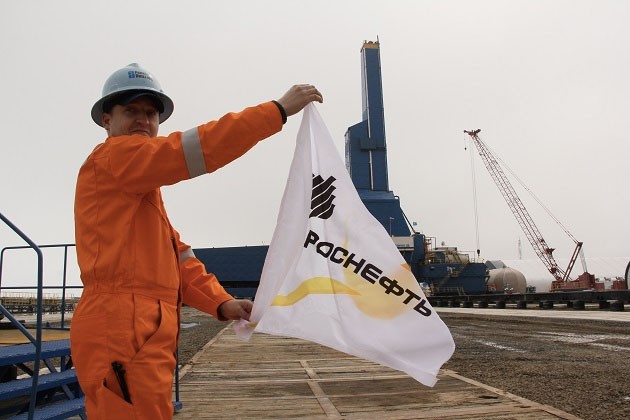 Russia’s largest oil company Rosneft is making more definitive moves in developing the Pechora LNG project in northern Russia off the Barents Sea coast. When complete, it will produce have the capacity to produce 10 million tons of natural gas per year. The project will help the state-owned oil behemoth get a foot in the natural gas industry, as well as in liquified natural gas (LNG).

Pechora will develop the Kumzhinskoe and Korovinskoye fields in Russia’s Nenets Autonomous region, and will include the construction of an LNG as well gas transport infrastructure, gas treatment plant, and a sea shipping port. At full capacity the Pechora project could reach production of 10 million tons of natural gas per year. Total reserves are more than 174 billion cubic meters of gas and 6 millions tons of condensate.

Initially, the project was going to be run by Alltech, but the ownership had to change since Rosneft is one of three Russian companies permitted by law to export LNG (the other two are Gazprom and Novatek). Up until 2013, only Gazprom had the right to export.

Pechora LNG was established in 2015 as a joint venture of Rosneft and Alltech Group, the owner of the licenses. Rosneft tried and failed to buy the surrounding Layavozhsky and Vaneyvissky fields in order to expand the project. It lost the auction to rival Gazprom.

Now Rosneft is looking at the option of slashing LNG capacity in favor of refining the product at a gas chemical facility and producing methanol and urea. Rosneft also isn’t ruling out transporting the natural gas it extracts via Gazprom pipelines. Instead of producing up to 10 million tons of natural gas per day, will reduce LNG to 4.3 million tons and a mix of the above stated gas chemicals. So instead of sending LNG to Western markets, it would send oil and chemical products to Russian consumers.

Analysts aren’t sold on the viability of the project, due to some very complex logistics. Putting too much LNG on the market, especially amid a global slump in pricing, would be risky. At the same time, putting less on the market may mean that Pechora is unprofitable.

Despite the slump in crude oil prices, Rosneft has been increasing assets and ramping up its international activities in Iran, China, and Central America.

In Russia, Rosneft has been focusing on diversifying into other non-crude oil markets, putting pressure on Gazprom, which has long had both a domestic and foreign monopoly on natural gas and natural gas exports.