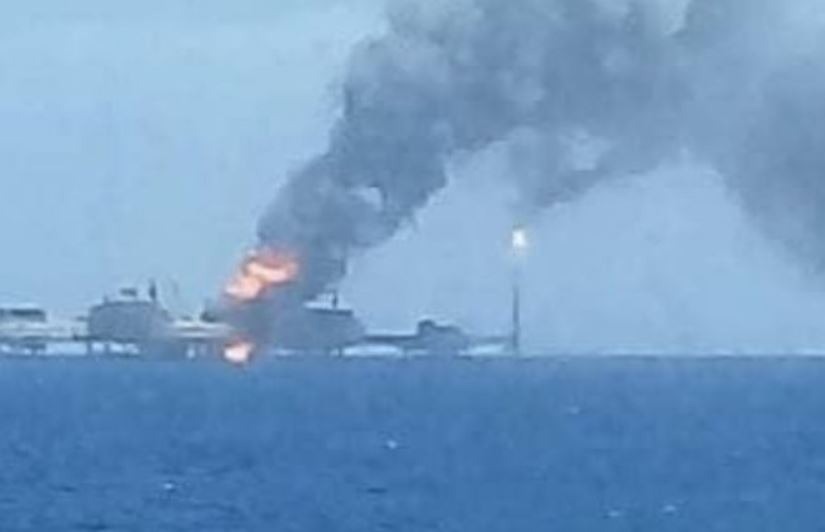 A fire on a PEMEX-operated offshore oil platform connected to the Ku-Maloob-Zaap complex (40% of Mexico’s crude output) killed at least 5 people, forcing the Mexican NOC to decrease output as the platform ran out of natural gas for reinjection.  A fire that struck an offshore oil platform operated by Mexico’s state-run Pemex cut the company’s production by 444,000 barrels per day due to the lack of natural gas to re-inject into crude fields, Reuters reports.

The fire broke out on Sunday 22 August at about 3.10pm local time (20.10 GMT) in the processing centre of the E-Ku-A2 platform at Pemex’s Ku-Maloob-Zaap oilfield in the Bay of Campeche. The fire caused work to be halted at 125 oil wells for which the platform provides gas and electricity. The incident comes six weeks after a gas leak in an underwater Pemex pipeline triggered a fire on the ocean’s surface in the Gulf of Mexico. The July blaze was dubbed “eye of fire” with footage widely shared on social media.

Hedge funds and money managers have sold petroleum for the seventh time in nine weeks, Reuters reports, as demand concerns have bitten into the summer season’s bullish sentiment. The sales were equivalent to 40 MMbbls in the six most important futures in the week to 17 August.

Indian demand seems to have bottomed out in July, hitting a 1-year low in crude oil imports at 3.4 million b/d.  The weak readings come from a double whammy of refinery maintenance in at least six major refineries across the country and still-high product stocks that were slow to clear during the April-May lockdowns. With the monsoon season largely over and refineries coming back from seasonal maintenance, forthcoming months should see tangible improvements, boosted by a narrowing Brent-Dubai EFS. August imports so far seem to be indicating a gradual rebound in Indian demand, with arrivals between August 01-23 averaging 3.8 million b/d, up by 400,000 b/d month-on-month, OilPrice said.