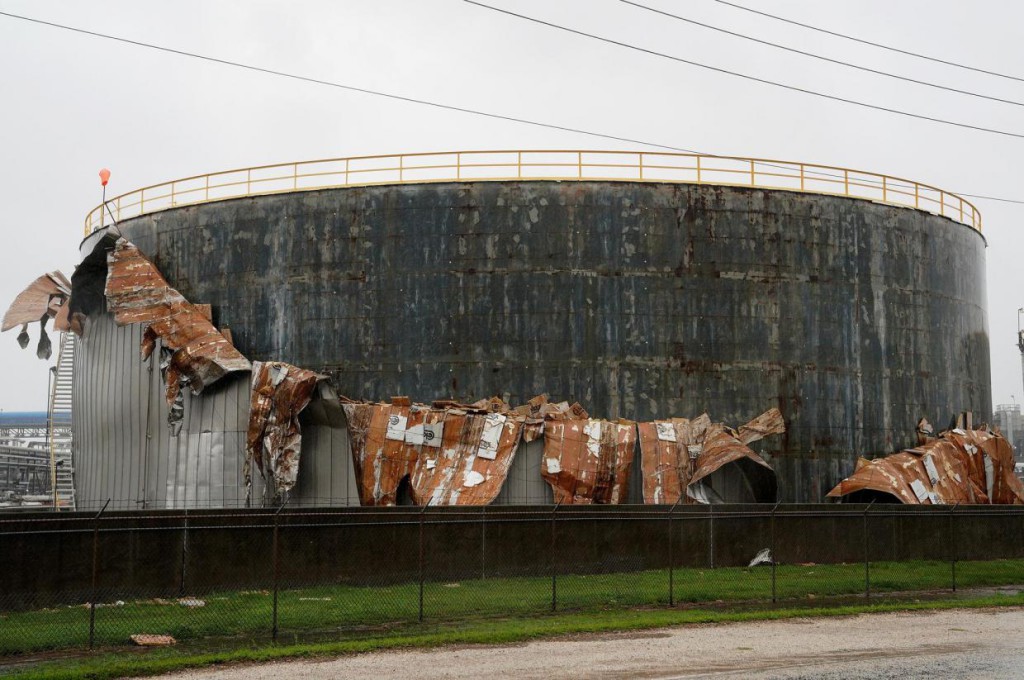 On Friday, August 25, Hurricane Harvey, one of the worst tropical storms to hit the US in twelve years, touched down on land. By then, it had gathered the strength of a category 4 hurricane on a 5 point scale.

The oil refinery industry was inadequately prepared. According to data from the International Energy Agency (IEA), daily oil production from US companies in the Gulf of Mexico decreased by 21.64%, down from 1.75 million to 1.31 million barrels per day.

The supply decrease hasn’t led to an increase in oil prices, as basic economics would lead us to believe. In its path, Harvey has destroyed crucial infrastructure centers that normally order and buy crude oil from Gulf Coast refineries. As long as bad weather conditions continue, most businesses (and their demand for energy) will stay closed. The millions of resident’s in greater Houston have been advised to stay off the roads, a factor which also cuts the demand for refined oil products such as gasoline. Goldman Sachs estimates that demand for oil will be reduced by 2 million barrels per day.

First, the storm has caused a larger spread between WTI oil prices (trading at roughly $46 per barrel) and Brent (at about $50 per barrel). On Monday, the spread between the US-based benchmark and the European grew to more than $5 per barrel. Brent prices have not taken a hit from the storm.

The primary reason Harvey isn’t destroying WTI prices is due to the recent diversification of the US oil industry into shale, or tight oil.

The US offshore hydrocarbon fields in the Gulf of Mexico produce only about 17% of the country’s total oil output, whereas 48% of the nation’s crude production came from shale reserves. When Hurricane Katrina hit in 2005, it wasn’t the same story, and energy prices, especially for natural gas and gasoline, soared.

CNN reported that Hurricane Harvey has forced 10 oil refineries along the Gulf Coast to shut down. About half of US petroleum and natural capacity is located along the gulf coast in the states of Texas, Louisiana, Mississippi, Alabama, and Florida.

Oil and gas companies began evacuating platforms and rigs before the storm hit. Personnel were evacuated from 98 production platforms (there are a total of 737 in the Gulf of Mexico, both in US and Mexican waters).

Harvey passed through the second largest refinery (600,000 bpd capacity) in Port Arthur, which is owned by Saudi Arabian Oil. Several other companies, such as Shell, confirmed they have closed down their refineries in areas that are in the hurricane’s path. ExxonMobil has closed their Baytown refinery (560,000 bpd capacity), which supplies fuel and petroleum products to the southern and eastern states.

Some refineries continued to operate, but have reduced output. As a result, on Monday, gasoline prices in the US rose by 5% to $1.76 per gallon (before tax). For comparison, gasoline increased by more than 40% following Hurricane Katrina in 2005.