How crisis in Yemen affects neighbors and rest of world 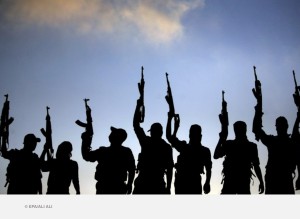 Situation in Yemen, steeped in militancy and crime, shows no signs of stabilizing any time soon. What’s next? How the latest round of the old conflict will affect the country’s neighbors? Will it pose any threat to oil supplies from the Middle East? Neftianka has approached experts for comments.

At first thought, all parties of the conflict, including Sunnis and Shias inside the country as well as foreign actors, are interested in peace and stability. In practice the situation is more complicated: Houthis (a Shia group living mostly in Yemen) have turned against the regime and won’t easily reach compromise with the toppled government. They have recently won a number of important battles and had real chances to seize power in the country except for Saudi Arabia’s involvement.

Shias’ military successes have frightened Saudis, who have backed Yemen president in exile Abd Rabbuh Mansur Hadi. They conduct bombing strikes on Shias’ positions, block ports, however, in order to crush the rebellion they need to launch a ground war. No one would guarantee success in it, so the usually cautious Saudi King is highly unlikely to give his ground forces an operation launch order. The current situation resembles very much the Syrian crisis. In order to overthrow President Bashar Asad coalition forces, headed by the U.S., need to start a ground campaign, which they are reluctant to do.

In search of solutions, Saudis have voiced an idea of creating the united military force made of Egyptian, Saudi, Jordanian and UAE’s units and acting under the authority of the United Arab League. Some may argue that this initiative could signal a return to the ideas of Arab unity. However, more likely it means Saudis’ desire to shift its political and religious problems to other countries in the region. It remains to be seen how those united military forces will act together. They will be made of Sunnis, which could escalate the religious conflict between Shias and Sunnis in the region. Who will be in command of this army is yet another important question.

Iran is rubbing hands looking at the recent developments. Teheran isn’t going to send its troops to help the local Shias. There is no need to do that. Shia rebellion in Yemen reminds Saudi Arabia of its Shia neighbors including the most powerful of them – Iran, which claims that the military operation in Yemen has been “inspired by the U.S. aggression”.

Neftianka reminds that oil price has rocketed by 5% since the start of military operation in Yemen but fell to previous levels shortly after.

It’s the Strait of Hormuz (controlled by Iran, UAE and Oman, 17 mln barrels of oil pass through is every day) rather than Bab El Mandeb (3.8-4 mln barrels per day) which, in case of blockage, could seriously affect oil market. If Middle East countries lose an opportunity to export oil through Hormuz it could skyrocket oil prices. At the same time it will inevitably lead to conflict between Saudi Arabia and Iran, which is highly unlikely.

As for Bab el Mandeb, now we see all key ports controlled by Saudi Arabia so currently nothing threatens oil transportation from Middle East.