Greece and Germany: An Unlikely Pair to Dominate the European Gas Market 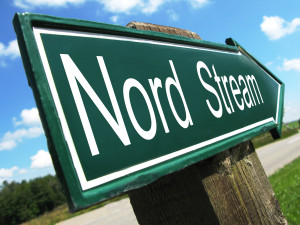 At this year’s St. Petersburg Economic Forum, Russia announced two major European pipeline projects – one that will send more gas to its old energy partner Germany, and the other to its new political ally – Greece.

Both pipelines are projects to circumvent Ukraine to deliver gas to Europe, which imported 146.6 billion cubic meters (bcm) of gas from Gazprom in 2014.

Gazprom is pre-emptively expanding its energy network in Europe, because as of 2019 when its contract with Kiev expires, Russia may no longer send any supplies via Ukraine, its traditional conduit. The two expansions of Nord Stream are expected to be complete by the end of 2019 and 2020, according to E.ON, Germany’s top energy utility. The Turkish Stream, which will send gas to Europe through Turkey and Greece, is slated to be complete by 2016, according to Gazprom.

The major difference between the two projects is that the Nord Stream is a direct line from Russia to Germany, only crossing Baltic and Scandinavian waters. With Turkey and Greece, Russia is solving the ‘Ukrainian’ problem, but may very well be creating a new one. Sending gas to Europe will be vital for Greece’s poor economy, like it was for Ukraine, and Russia will surely take political advantage of this situation, as it did in Ukraine. Russia plans to fully finance the Greek pipeline, which will indebt the EU’s most bankrupt country to Russia.

Both projects will be pretty cheap. Gazprom CEO Alexei Miller estimates construction of the second part of Nord Stream will cost €9.9 billion or less, and the Greece link of Turkish Stream will cost around €2.2 billion.

By comparison, the Power of Siberia, the 3,968 km pipeline that will transport Russian gas from the oil fields of Siberia to China, will cost about $20 billion to construct.

The announced expansion would complete the third and fourth stages of the Nord Stream and bring the pipeline’s total capacity to 110 bcm per year, or about two thirds of the total gas the EU imports from Russia.

Nord Stream, a double pipeline that runs along the seabed of the Baltic Sea, currently delivers about 24 bcm of gas and is a direct route from Russia and its largest gas client Germany.

The recently announced expansion of the Nord Stream project will give Germany, the host country, and Gazprom’s partners Anglo-Dutch Shell, Germany’s E.ON, and Austria’s OMV significant leverage in gas distribution over Europe. Gazprom will own 51 percent of the project and according to Gazprom spokesperson Sergei Kupriyanov, there could be more shareholders added at a later date.

As present, Dutch Gasunie and French GDF Suez (partners in the first two lines of Nord Stream) have been excluded from the new joint venture.

Germany’s Wintershall was the only South Stream partner to be tapped by Gazprom for the new Nord Stream, the gas giant’s largest energy and political project. ENI (Italy), EDF Suez (France) have so far been left out of negotiations.

Adding to Nord Stream is less of a headache than the South Stream project, as it will not require the approval of the European Commission, according to Russian Energy Minister Alexander Novak.

The German pipeline deal raises a lot of questions for a country that claims it is a) moving towards clean renewables and b) trying to free itself from Moscow’s energy grip.

Officially agreed on in 2012, South Stream was meant to complement the Nord Stream and service countries in south and central Europe. On December 1 2014, Russian President Vladimir Putin announced that the South Stream project, which would have delivered 63 bcm of gas westward, was dead. Instead, Russia will build send its gas to Southern via Turkey and Greece.

The plan for Gazprom to extend the Turkish Stream into Greece has been discussed openly since the cancellation of South Stream on December 1, 2014. Novak announced Friday that Russia (specifically Vnesheconombank) will finance the $2.5 billion pipeline extension project, with Greece to pay back to the loan at a later date.

The project is called the ‘South European pipeline’, just a few cheeky notches lower than naming it “South Stream 2.0”. The gas will go to same clients as South Stream, but on the terms of Gazprom’s main shareholder — the Russian Federation, not the EU Commission.

The Russian-Turkish joint venture TurkStream will carry out the extension, and Tsipras the project would comply with EU regulations.

Set to be complete by 2016, the Turkish Stream will have an annual capacity of 63 bcm, 47 bcm which will continue onto Greece and the EU. At present, Greece only buys 2 bcm of gas from Gazprom per year. Whatever is left will flow to Bulgaria, Serbia, Croatia, and onward to Italy. Putin has said EU energy companies will have to build their own pipelines to retrieve the gas at the Greek/Turkish border.

Greek Prime Minister Alexis Tsipras, who has only served as the country’s leader for six months, has had two face-to-face meetings with Putin in Russia. His first meeting was in April, and his second meeting was this past weekend at the St. Petersburg Economic Forum.

The two have a lot to talk about. After the two met in Moscow in April, Putin said that Greece will become a main transit hub between Russia and the EU.

Gazprom is severing ties with a financially insolvent and unreliable Ukraine only to replace it with a similarly cash-strapped and politically weak Greece.

In 2013, Gazprom made a €900 million bid for Greece’s state gas company DEPA, but backed out of negotiations at the last minute, citing concerns over the company’s financial stability.