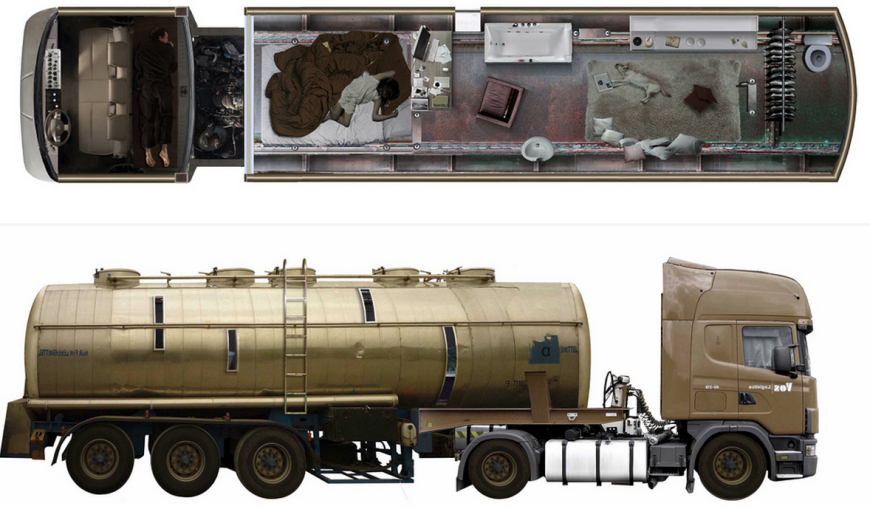 Aristide Antonas, a famous Greek architect, writer, and professor at the University of Thessaly, is known for his innovative housing solutions. One of these is making a home out of an oil tanker no longer in commission.

The cylindrical avant-garde mobile concept home has all the amenities of a modern dwelling – windows, furniture, rugs, bathtub, sink, even hatches on the top of the oil tanker to let in sunshine.

Just as the ‘tiny-house’ minimalist living phenomenon is winning favor with hipsters in the West, so is the concept of living in a full metal compartment that used to transport raw and refined oil products.

What Mr. Antonas may not know is that he isn’t the first person to dream up tanker-conversion living. Forty years ago, the Soviet Union began the large-scale production of the first barrel home in 1975. The first on the market was the 21-DOZ-21, made at the Sokolskiy woodworking integrated plant in Vologda, a town some 400 kilometers north of Moscow. Next came the famous TsUB-2M, which is designed for four people. The tanker is insulated with polystyrene foam and has water heating. 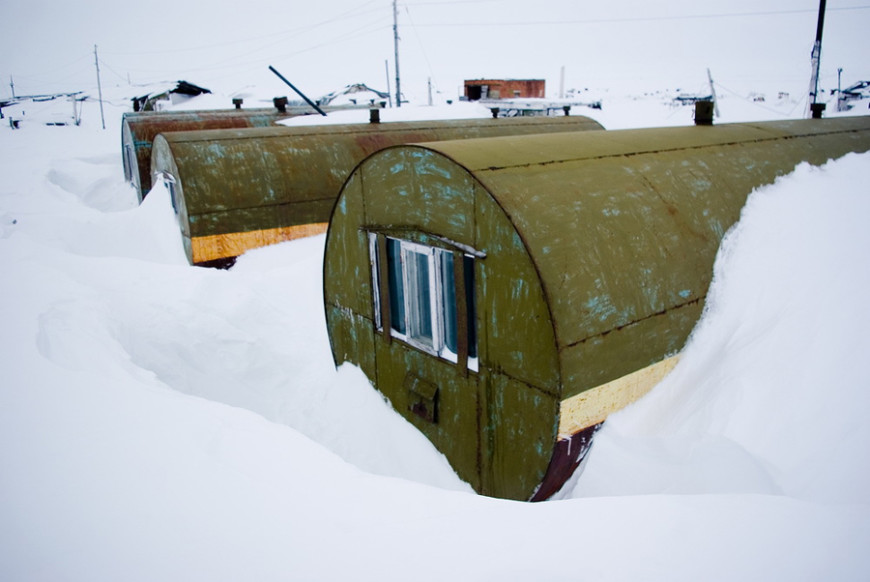 Fittingly, oil workers lived in these cylindrical homes, which were able to withstand temperatures of minus 65 °C and winds of 60 m/s. Inside, there is an entrance hall, a bedroom, a dining room, as well as a shower and toilet – everything you need to reside comfortably. When the tanker wasn’t being used as a home, it could haul helicopters.

Production of the TsUB-2M was discontinued, but the tankers in their dilapidated form still remain in Russia’s vast and desolate North, and are occupied by entrepreneurial summer residents. 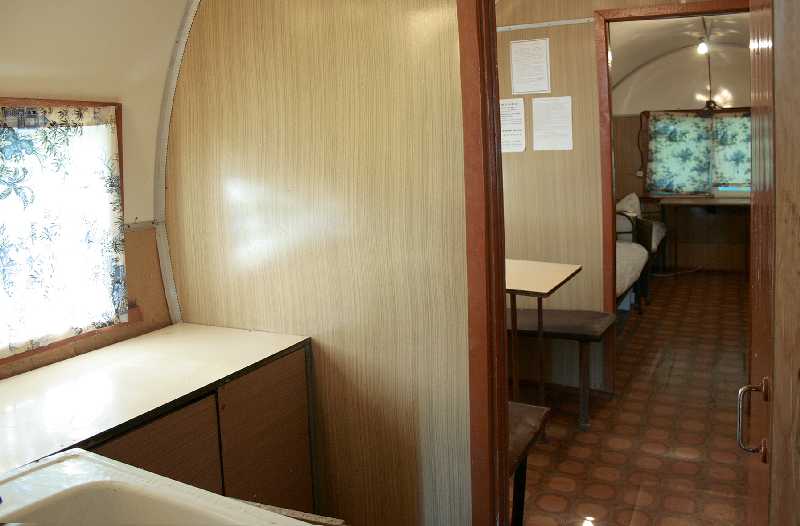 A small colony of abandoned tankers was discovered on Graham Bell Island in Russia’s Franz Josef Archipelago. Remains of rock art, an attempted cucumber garden, toothbrushes, books, and letters were found. The TsUB shelters were used to post troops outside of major settlements, sometimes in Afghanistan. Their portability made them an attractive lodging option for the army, and soldiers preferred them to living in the barracks.

The housing concept was also used in the 1980s to house athletes on Mt. Elbrus. The fully-furnished tubular homes were easy to transport up long and careening roads in the mountains.