Samotlor field is located under the lake, so engineers were forced to look for ways to build oil rigs. The lake is surrounded by swamps, so it can not be dried. Dry peat is a fire hazard. So, the way of creating artificial islands, connected by causeways, was choosen for this field. 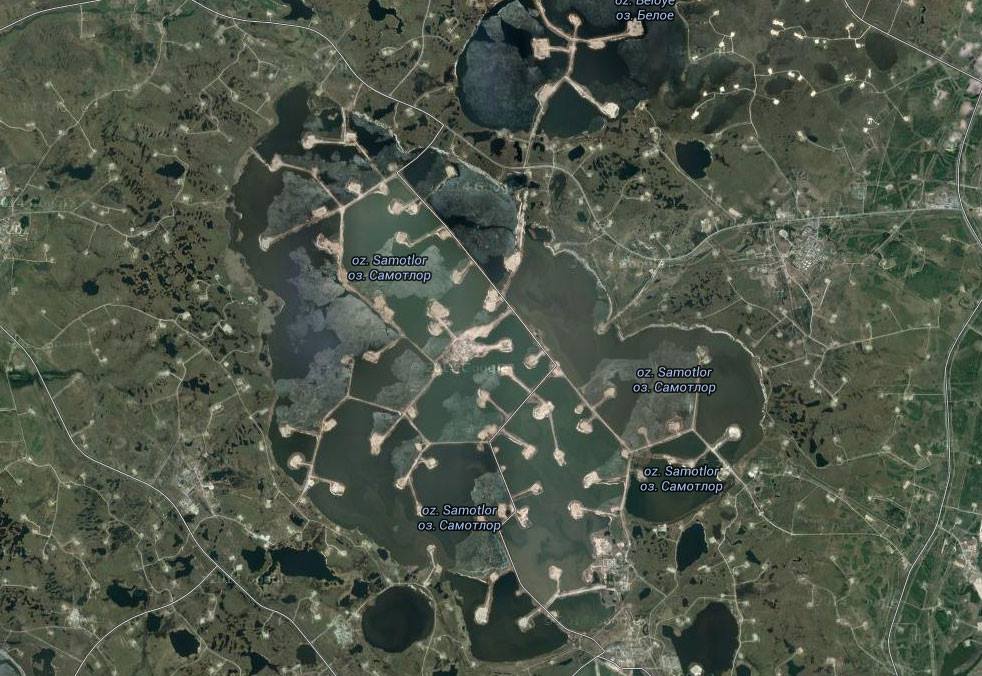 In the USSR, the Samotlor oil field was kept secret and was not applied to the maps. Now you can see it on Google Maps (photo 1). You can also look at oil derricks on artificial islands on Panoramio photo by Dmitry Bald (photo 2). 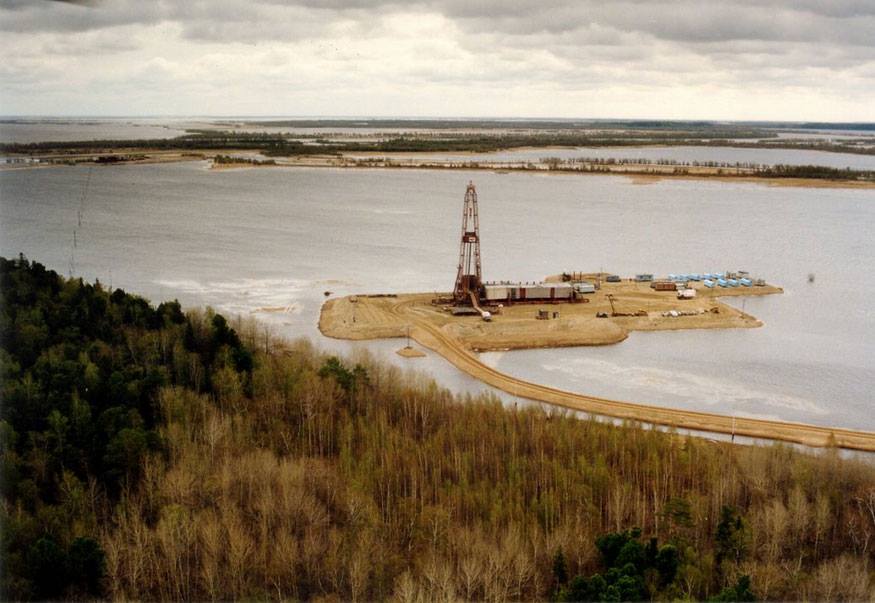